As with most comedy, it's normally best for music to get out of the way so we rely more on environmental sound pointers to guide the narrative. While the brief was for music, it ended up being more effective to evolve sound design and drones to instill a sense of foreboding - the idea is that you think you are going to see one type of film and realise halfway through that it is quite another!

Ambiences, sirens, towels, pegs - it was the towel 'snap' and peg sounds we decided to focus on for more creative sonics, adding a sense of menace to them - these are what our character has control over. The sound can either serve to illustrate her inner thoughts, or evolve these everyday objects into potential weapons of choice. How you interpret this is up to you.

Exaggerated foley as the tension builds and sudden changes in tone when Ben appears create more momentum - the contrast emphasising the extremity we were reaching. The final sound hopefully leaves your skin crawling...!

STOCKHOLM SYNDROME is a snappy black comedy in which a seemingly innocent phone call between a young woman stuck in London's lockdown, and her Swedish mother, slowly reveals chilling secrets that don't bode well for her Tech-Deck obsessed partner. 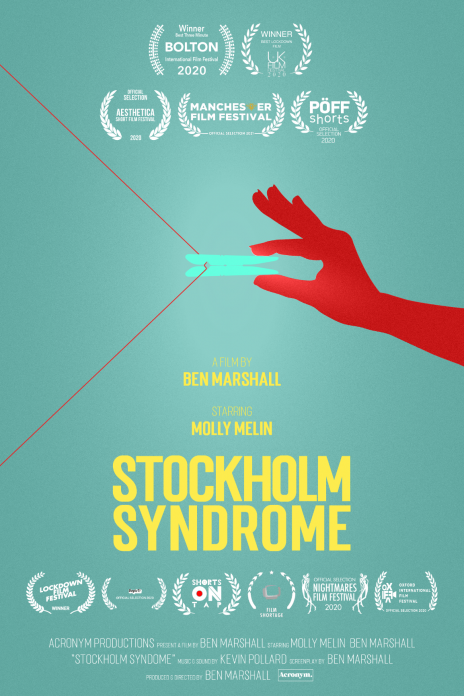