Paul approached me to score his short : Dare 2 Disturb. The film was shot at night so it needed a dreamlike feel, to communicate that "suspended time" feeling that occurs in the small hours. The images lend themselves to that suspension by being all artificial. Constant. Unchanging.

The music needed to be in two halves and the narrative was circular - we end sonically in a place not far from the beginning. So the track is more commercial and frenzied in the second half, built around a vocal phrase that seemed appropriate. The second half is also fairly even dynamically - mirroring the constant of never-ending night. But it needed energy - I could have done a more conceptual suspended drone approach but it needed pace and urgency, it's a frantic search and a charming love story.

A film examining the effects of "Lockdown" on the soul, and the need for human connection. The experience here is shown through the imagination of others. 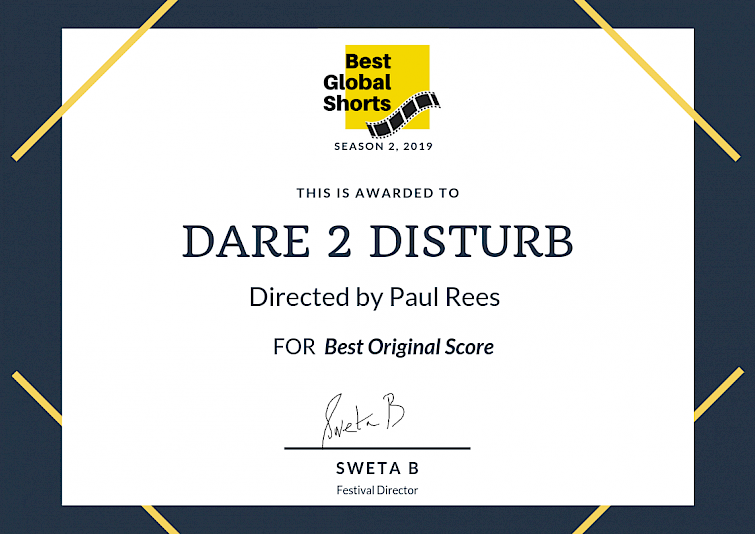