Big and bold, this had to shine. A tale of two cities - Rome and Abu Dhabi - Her Highness Sheikha Fatima bint Hazza Bin Zayed Al Nahyan of the ruling United Arab Emirates Royal Family collaborating with the fashion house Bvlgari.

To do the film justice we needed something that appreciated the scale of the footage and the concept. There are some stunning shots, with an emphasis on an interchangeable architectural landscape and a journey between two cities - East and West.

So our palette here consists of horses, water, brass, drums, duduk, choir. It was important that the pace of the piece matches her walking and the horses galloping - this gives it a human scale - whilst also building the piece in five stages - to match the petals of the design. The choice of instruments however allows us to feel the power of the architectural scale and the prominence of the collaboration.

There is an emphasis on spaces, or more specifically, the quality of spaces. A reminder is halfway through the film where you hear a single footstep that reveals the scale and materiality of the mosque and the importance of journey - the character is allowed a more prominent moment that is not purely visual. A pause before a newer, more powerful stage begins.

Being swallowed by the Pantheon's oculus was great a opportunity to pause again and bring in a new element - in this case the Union Chapel pipe organ. There's a shimmer to the visuals as the jewellry is revealed, which I wanted to highlight sonically.

Emphatic notes to begin and end felt like a good way to bookend the piece. Strings of course - the sound of horse-hair on metal - was also a natural fit.

The story behind the birth of the Jannah Collection revolves around a five petal Flower inspired from the delicate five petals flowers that adorn the Carrara marble ceilings and bold architecture of the Sheikh Zayed Grand Mosque in Abu Dhabi.

The collection, more than two years in the making, is the first collaboration between a high-jewelry house and the United Arab Emirates ruling family. The 36 pieces were designed by Her Highness Sheikha Fatima bint Hazza bin Zayed Al Nahyan working with Bvlgari's creative director, Lucia Silvestri. Sheikha Fatima worked closely with Silvestri to design the collection as an ode to her grandfather's legacy of building dialogues between civilisations. 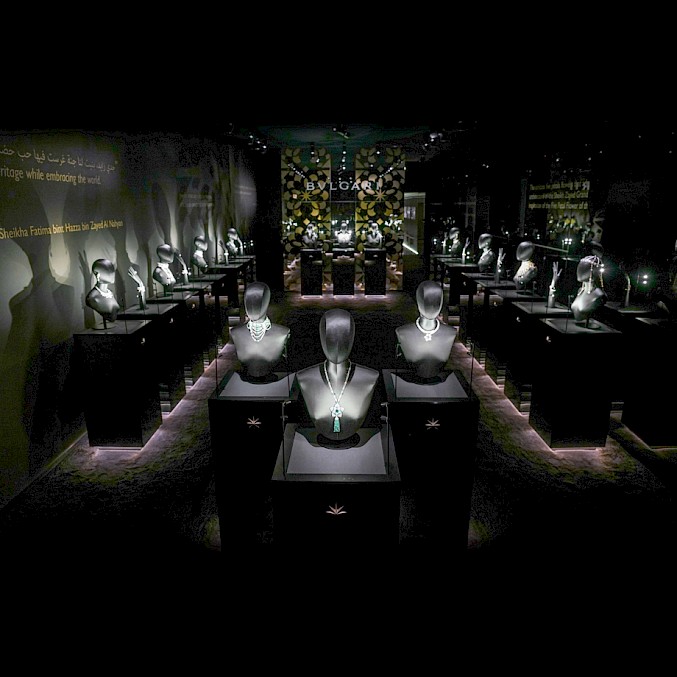 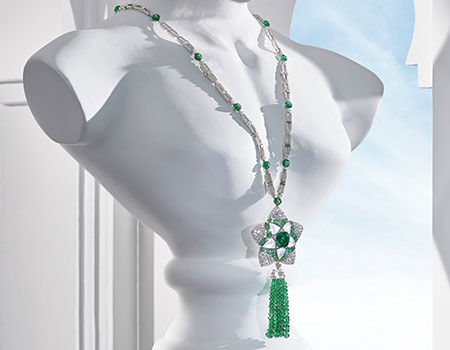