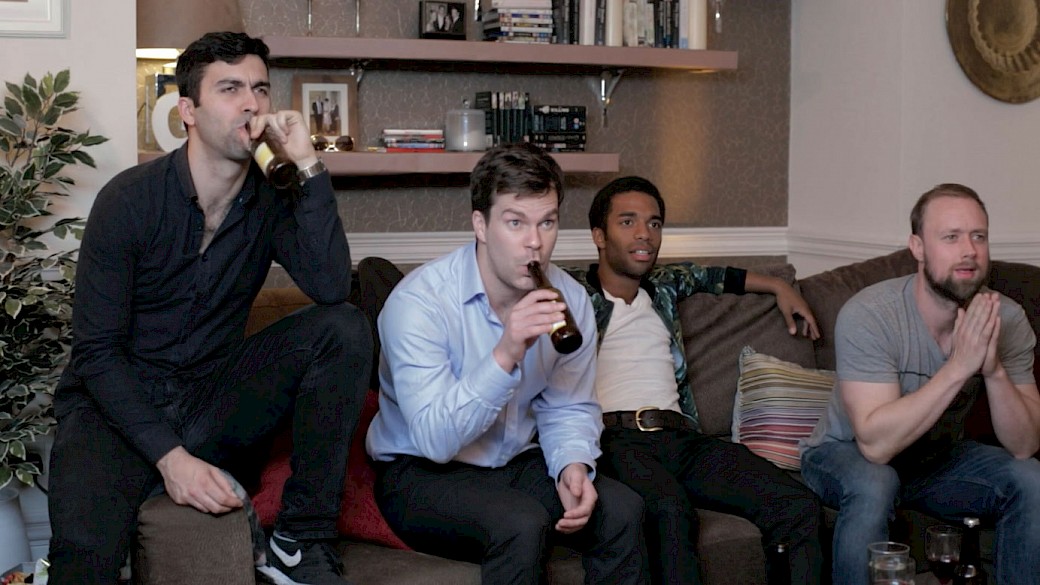 Comedy requires a unique approach. The cadence of speech and silence is integral to the comedic effect, so music needs to be sparing and not interfere with the delivery of narrative. Discussing the tone with director Alicia MacDonald, we tried adding different types of music at different points in the film, but they were either distracting or guided the narrative in ways that changed the comedic effect.

In the end I created two tracks - one was a bland guitar track to emphasise the pedestrian tone of the party after the Mr. & Mrs. game is complete, and a more deranged dance track that paints a very different picture of the night had by the opposing team that leads into the credits.

Cash in that ticket to Bucharest and cancel the stripper.

What would happen if a bachelor’s last night of freedom was more like a bachelorette? A satirical sending up of two modern gendered clichés – the Stag and the Hen party.