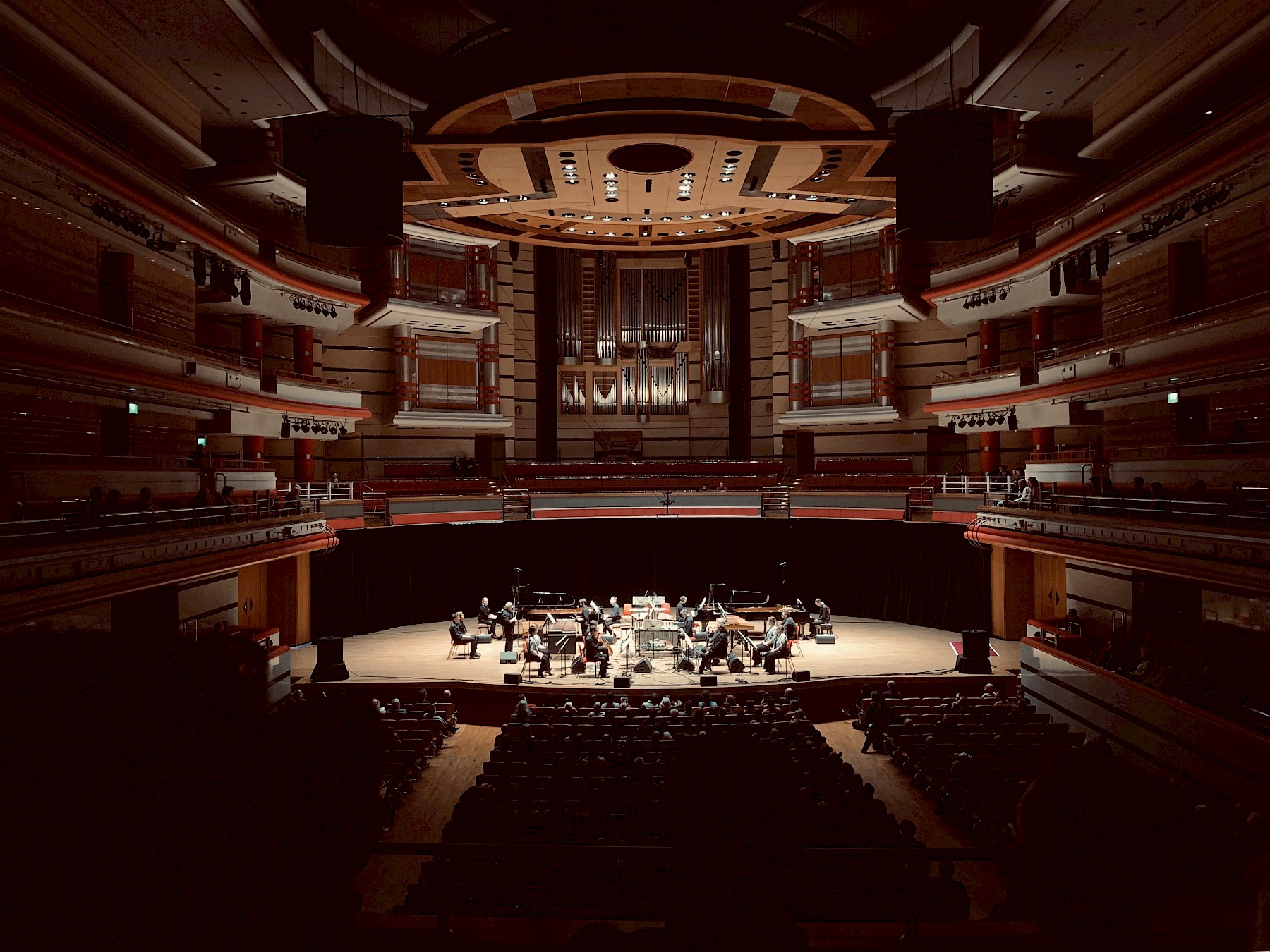 Aim to keep redefining the walls.

Metaphorically create a sprung floor. Blow a hole in the ceiling. Put a mirror on a wall facing another other wall. Put a wall at an angle. Add a mezzanine. create a window. Rotate the room. Turn the room upside down. Replace the ceiling with luminous space hoppers. Paint the floor vanta black so you feel you are suspended, put the room on the back of a lorry and drive to a new environment, etc.

You can see these walls and floors as initial expectations. So from a musical point of view: Start a track in mono. Halfway through switch to stereo and boom! you’re in a new space. New instruments. New processing. The key is for the new sections to build on the previous sections in a fresh way - to enhance and not derail them. To further the understanding of the story, not distract from it.

But the concept doesn’t just apply to music. If you’ve ever been to someone’s house for dinner - every house has a smell...laundry detergent, cooking, pets. After a few minutes you don’t notice it any more. It’s become your new ‘zero’ in terms of smell. When you get home your own house aroma is more pronounced. You notice it for a few minutes before it again disappears. Memories of childhood are often triggered by smells, which shows how potent it can be as a way to transport you and as an orientating device.

Or as another example - a sorbet between courses.

So the point is to try and get an audience used to a set of parameters. And then change them. Aim to end in a different space in the same room. Or a different room. It doesn’t mean change the track beyond recognition - just change the parameters. Reverbs, processing, frequencies, tone, timing. But always in the service of the story.

Steve Reich does this very effectively. By repeating motifs rhythms and patterns for minutes on end we get used to hearing them and they migrate from an area of focus and freshness to an area of periphery and saturation. We stop hearing the details in those areas. We start to notice sounds in between the notes. Or interpret them as tones or even instruments that don’t exist. For example, in Music for 18 musicians, repeating piano and marimba notes slowly weave us a new net floor. Tiny variances in tone as the piece is being played live give this new floor a delightful shimmer.

This takes probably 4 or 5 of the players. The rest of them can now build new moments and sonic objects on top of this.

Meanwhile Piano 3 and Marimba 5 play exactly the same notes at the same time. So they start to sound like a hybrid instrument. Any shift in these shimmering walls and floors redefines the sonic space we are in and often our position within it.

Have a listen here:

It works best with repetitive elements where you have some expectation of what will come next. The rhythmic pattens also give a vertical blinds effect - like sonic stripes. Here’s another couple of examples in other genres:

In each case an expectation is set and then broken. But broken in a way that keeps the narrative, however leftfield : like a snake shedding its skin as a simple evolution, or as a caterpillar becoming a butterfly as a more radical iteration.

The hit when the bass comes in redefines your expectations immediately but supercharges what you’ve already heard and where you might be going.

Deathpact : the same when this beat comes in at 0:51s

Often called a ‘drop’, it is just one device that can be used to take an audience on a journey.

Arrangement is key - try not to add too many elements for the sake of it - normally 4 or 5 instruments is plenty. Just like a good dish - better and less ingredients often leads to better flavours. Choc full of other ingredients it becomes unremarkable and confused as an offering and therefore intimately unsatisfying.

If done well you get pulled into the moment - be it tugging on the heartstrings or a rollercoaster effect. You’ve redefined those walls just enough for it not to lose its effectiveness but enough for people to know that they can expect something surprising at any moment. In dance music it’s more often than not a basic tease. In other genres it’s more meditative. But the principle is the same.

An example of a new floor:

You’re listening to a lecture and an air conditioning unit that was on suddenly stops. Your sense of what silence has just been redefined. Everything around it also feels different for a while.