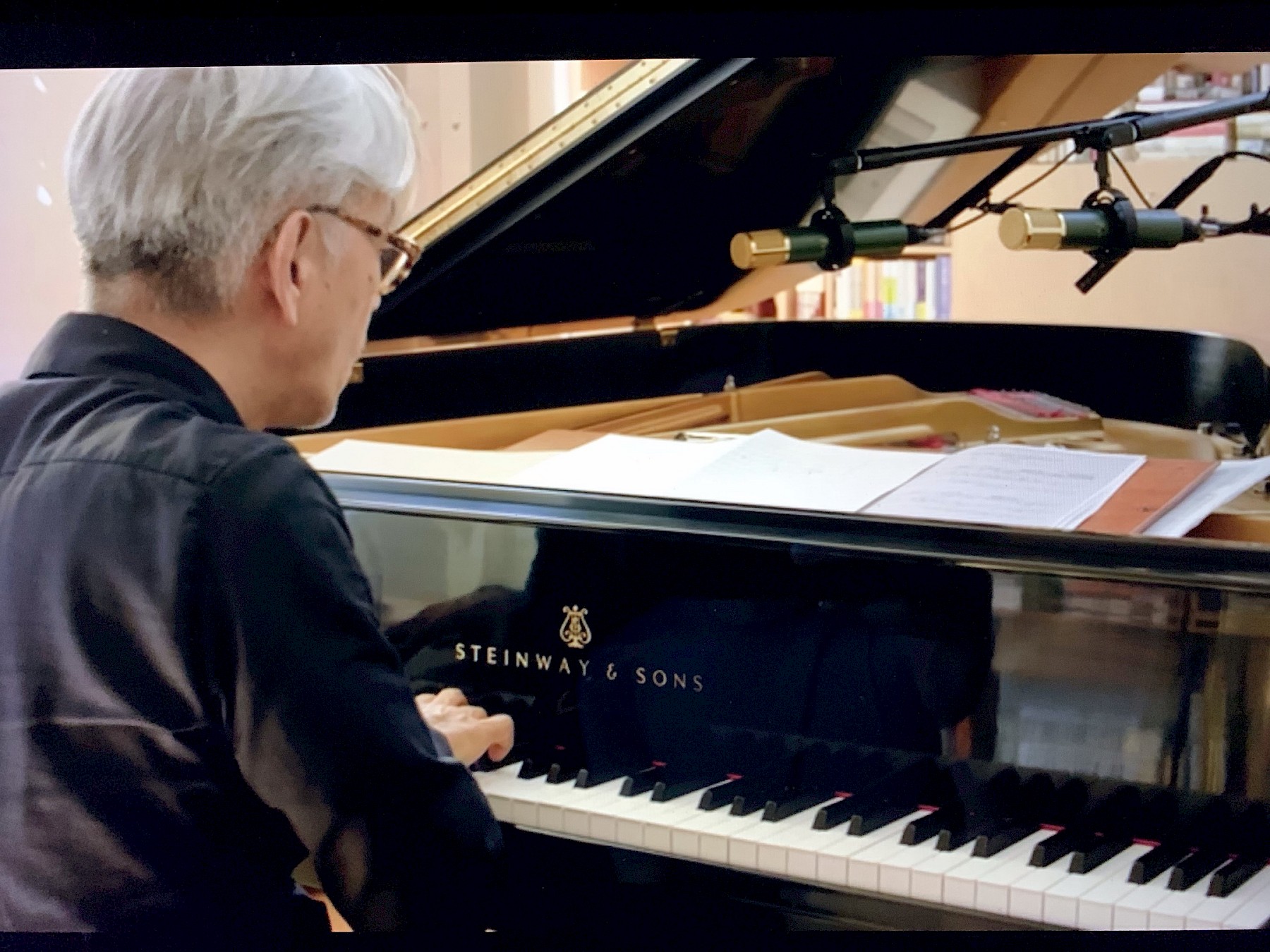 “TThe industrial revolution made the production of an instrument like this possible. Several planks of wood, six I think in this case are overlaid and pressed into shape by tremendous force for six months. Nature is moulded into shape. Many tons of force and pressure are applied, making the strings what they are. Matter taken from nature is moulded by human industry, by the sum strength of civilisation. Nature is forced into shape. Interestingly, the piano requires re-tuning. We humans say it falls out of tune. But that’s not exactly accurate. Matter is struggling to return to a natural state. The tsunami, in one moment, became a force of restoration. The tsunami piano retuned by nature actually sounds good to me now. In short, the piano is tuned by force to please our ears or ideals. It’s a condition that feels natural to us humans. But from Nature’s perspective, it’s very unnatural. I think deep inside me somewhere, I have a strong aversion to that.”

Taken from the documentary 'Coda', it gives a good insight into how Ryiuchi thinks. Originally he worked as an actor, but with musical training he managed to get work as a composer by stipulating that he would only act asked to score as well - and he got it. Ryuichi became one of rhe foremost Japanese film composers, highlights include as a member of the synth extravaganza Yellow Magic Orchestra which in the late 1970s and 1980s pioneered the use of samplers, sequencers and drum machines - which in turn helped the incubation of genres like Techno and Hip Hop.

After going out on his own, highlghts of the scores he then wrote include the score to the 1983 film "Merry Christmas, Mr Lawrence" in which he also starred alongside David Bowie, the 1987 film "The Last Emperor", the 1990 film "The Sheltering Sky" and more recently "The Revenant" in 2015. Sakamoto has won an Oscar, a BAFTA, a Grammy and 2 Golden Globe Awards.

As well as composing, he is a an active anti-nuclear activist and has contributed to video games and anime.

"If you want to be more creative, become less productive" - Neil deGrasse Tyson